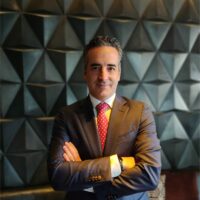 Head of the European Investment Bank Regional Representation Office for Latin America. He joined the EIB in 2008. Alexandre Staff Varela concluded his Economic degree in the Catholic University of São Paulo, Brazil and complemented his educational background with a MSc in Public Policy and Human Development in the University of Maastricht, the Netherlands.