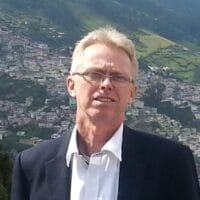 Head of Sector Regional Programmes Latin America
Directorate General for International Partnerships, European Commission
Miércoles, 11 Mayo: Bienvenidas y Bienvenidos al Día de la Conferencia Latinoamericana
Wednesday, May 11: Welcome Latin American Conference Day
Horst Pilger is an Austrian national with senior university degrees in law and business from Innsbruck University. During his studies, he undertook a traineeship in Durban, South Africa. After graduation, he worked i.a. in Geneva for the EFTA Secretariat and was posted to Sana’a, Yemen, as Junior Professional Officer for UNDP. Other assignments included work in the private sector in Alberta, Canada, the Prime Minister’s Office in Vienna, Austria, and a period at the European Investment Bank in Luxembourg. Mr Pilger joined the European Commission in 1998, and has been working in various assignments in international relations both in Headquarters and in EU Delegations for the Pacific in Fiji and as Head of Operations in the EU Delegation to Malawi. Since 2012, Mr Pilger has been working in the Directorate for Latin America and the Caribbean at the Directorate General for International Cooperation and Development (DG DEVCO), where he currently is Head of Sector for Environment and Climate Change.